Posted on January 3, 2020 by webmaster | Comments Off on Recognizing A Controlling Bully In A Relationship

Qualities Of A Bullying Partner

“Many bullies cover up their own feelings of inadequacy and low self-esteem by putting down others,” Ronald E. Riggio, PhD, reveals. “Some spouse bullies were themselves targets of bullies, or may get bullied at work and bring it home.”

Bullying-controller partners always think about themselves. They always feel that they know everything. They always point to your mistakes as if they’re perfect. They regularly see the negative side of you and don’t consider appreciating your efforts. They empower themselves with the idea that you should ask them first before doing anything and that they are allowed to punish you if you don’t follow what they say. They think that they are more important than you are. They see the relationship as something that could benefit them.

Bully partners in a relationship think that they are entitled to get what they want even if it means hurting other people. They only focus on their desire, feelings, and needs and won’t consider you a part of their priorities. They always think that you should be responsible for their emotional growth and by not indulging in their demands, you are to blame for their misbehavior. They are way too insensitive to see that your opinions matter. They think that they can say whatever they want and you’re just supposed to take it without any complaints. They won’t allow you to become who you are and will demand that you should change your personality.

Most bully partners are inconsiderate, selfish, and demanding. They only think or care about you because you’re something useful to them. As long as you can help them, they will try to look after you. But once you ignore their needs, they’ll quickly get rid of you. If you attempt to oppose their ideas, they’ll instantly consider you as an enemy. You become worthless if you happen to fail in providing their desires. They always think that their excuses are acceptable and that you should always make room for forgiveness. They think that their actions are justifiable and you have no right to accuse them of anything. And when you don’t agree with what they say, they’ll simply think that you’re stupid and you don’t understand the situation.

When we try to identify a bully or a narcissistic control freak in a relationship, we sometimes ignore the signs. We see their obnoxious behaviors and loud-voiced approach as pretty much usual. Sometimes, when they try to threaten us with doing something, we tend to ignore it because we thought they’re just trying to handle the relationship. That’s when it develops into a habit of the bully partner regularly hurting us, and the sad part is we honestly tolerate it. 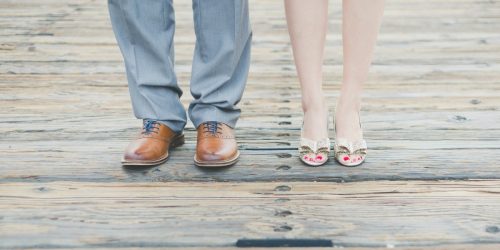 The problem with a bully partner somehow lies in how we treat them. Sometimes they think that they are capable of taking everything they want from us because we allow our emotions to blind us from reality. We enable them to become the exact damaging person they are and then it’s too late to realize that it has already destroyed us.

“Bullies don’t have any real power once they realize that you won’t engage in their game. Once you have exposed them; they will fade away,” advises Roni Weisberg-Ross, LMFT.

This entry was posted in Other Life Stressors, Overcoming Bullying. Bookmark the permalink.