Do Not Tolerate A Bully

Posted on March 1, 2017 by webmaster | Comments Off on Do Not Tolerate A Bully

Bullying comes with no age restrictions, and anyone can be a victim. It can cause a lot of damage to the mental, physical, and psychological aspects. Tolerating the habit and letting oneself get hurt can bring complications such as depression, anxiety, and loneliness. This act leads a victim to lose track of his self-esteem that can last up to his adulthood.

Because of depression and anxiety, they eventually drop their interest and purpose of enjoying life. Bullies are everywhere, and they steadily grew in numbers over the time. As for victims, they double the numbers of bullies and are hard to determine due to their self-isolated world. 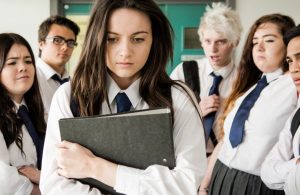 If you happen to be a victim of bullying and you feel too scared to let them know how much it hurts, you might have to pull yourself and decide when this habit should end. You have to understand that tolerating the act can lead to long-term severe mental-health problems that might end up in a dangerous situation such as self-inflicting harm and suicidal attempts.

According to Roger S. Gil, a clinically-trained marriage and family therapist, “Bullies might go after the “short” girl, “fat” guy, “ugly” kid, etc. because they feel they can target the person in the area where they are the most insecure. Some bullies will target someone who they perceive to be an “alpha” (e.g. the popular girl, the good-looking guy, etc.) to boost their ego. This strategy serves a social purpose in that the bully is trying to establish power so nobody else will try to push them around.”

The first thing you should do to stop the act of bullying is to talk to a person you trust about the issue. Pay attention to the people around you and don’t let depression take over. Talk to someone that can understand your situation and internalize some of their advice.

In this way, you’ll have more options to follow and be able to resolve the problem before it can even get worse.Be strict on staying honest about your feelings and tell people how much it hurts. Don’t hide the fear and don’t feel sorry for yourself. 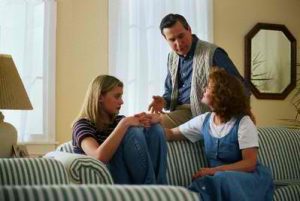 Bullies are not who you might think they are. These people are not born that way. They often crave for attention they never used to have and being mean to others is their only way of empowering themselves. They are lonely, jealous, and hurt. They are aggressive but emotionally distraught. Understanding your teen will give an idea of creativity on how to win against them.

Learn to fight back

Fighting back does not mean you’ll have to do the same thing they do to you. It is when you have to know the value of real and engaging self-defense. It is when you have to do something about bullying without losing yourself. You have to realize that standing up for yourself is the only way to show bullies that you don’t deserve the treatment. Fight back without using violence and be more creative and competitive at the same time.

“Bullies lose their power if you don’t cower. Deep down, they doubt they deserve your respect and they admire you for speaking with self-assurance and confidence.,” shares F. Diane Barth, LCSW, a psychotherapist and psychoanalyst in private practice in New York City where she works with adults and adolescents, individuals and families. 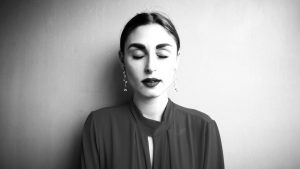 Don’t let bullies crush your spirit and remain calm.  Avoid the negative energy and don’t feel threatened by the act. By controlling yourself, you’ll realize that you can show a different world to those people who hurt you and make a significant difference towards them.

“In the end, whatever you’re willing to put up with is exactly what you’re going to get. Have enough self-respect to demand respect from others,” writes Jamie Gruman, Ph.D.

Try to forgive, try to forget, and learn

It is understandable that it may seem to be a little hard to do when you’ve had to experience extreme bullying, but forgiveness will strengthen your core and will eventually release you from anger and pain. Not only you do your bullies a favor, but you are also helping yourself to become a better a person you never thought you could be.